The past 8 months of working with Team CDR have flown by. My boyfriend Matt deployed for 6 months which forced me to focus on bettering myself in his absence. I spent my days working, training, and pursuing mental and emotional strength. What I found in the midst of missing the person closest to my heart, was what I was really made of. I honed in on the most important relationship in my life that I had been neglecting, and that was my relationship with God.

I started CrossFit at the age of 19, while I was cheering at the University of Louisville. When I started I couldn’t do ONE unassisted pull up and yet I told myself that one day I would compete at the CrossFit Games. Being part of Team CDR has made that possible and I want to recap a bit of our journey and the experience of Regionals.

Calvin Davis and I competed together on the Los Angeles Reign for the NPGL and he jokingly would try to recruit the girls of the team to move to Redlands in order to be a part of his CrossFit Team. After our last match of the season, I told him that I wanted to be on his team. The part of my training that had been missing for a while was the coaching and the camaraderie of working with others, and I knew that he could provide that. I also knew that due to his previous 3 showings with his team in Carson that he had the experience and discipline needed to get the the Games.

He immediately had our team focus on gymnastics, which was our biggest weakness as a whole. He also hardly ever had me on a barbell…which I was not happy about, but I knew that he was right, so I listened. Each day was a challenge. I found myself frustrated and the training knocked me down several times. We spent 90% of our training doing things we hated doing. The girls drive between an hour to two and a half hours three times a week minimum in order to ensure the time commitment required by CrossFit, therefore sacrificing a lot of time driving back and fourth. Our bodies went through extreme soreness specifically in the shoulders that I had never felt, our hands were constantly ripped and aching, and our mental strength was tested over and over and over.

There were days that I didn’t want to train, days I missed Matt so much I wanted to sit around and cry, days I was so sore I didn’t want to put on a fake smile and go into work and lead Marines, days I thought I just wasn’t good enough, but I found strength along the way and I found it in God. I started doing morning devotionals and reading the Bible daily, I started committing to church on Sunday mornings and I started a Life Group. What I found was remarkable. I discovered a relationship with God and through accepting Jesus Christ as my Savior that there was salvation and grace through repenting. I feel like God was always around, always close to my heart, but for so long I wasn’t accepting  his love and my eyes were blind to the ways he was working in my life. He has changed my heart and my life is so full because I have accepted his love.

God showed me that I was capable of doing all things through him. He showed me that I am strong and meant to show others their strength. I am persistent in praying daily that God will continue to inspire me and use me for his intended purpose. God has placed people like Matt, Shane, Laura, Calvin and my teammates in my life to show me what I am capable of. Through their actions, their love, their commitment, drive and perseverance we have all accomplished this dream together. What I initially thought was going to be impossible has suddenly become reality. The dream of competing at the CrossFit Games is something that I have thought about every single day for seven years.

Competing at the California Regionals was a blast. We finally got to display our hard work and have fun competing as a team. There were several moments of doubt, not in my team but in myself. My good friend Laura once told me that insecurities and doubt do not come from the Lord. So throughout the weekend in times of doubt I shifted my focus to having a conversation with him, to my devotionals which spoke so perfectly to me each day, to Matt who supported and comforted me and to the people around me displaying love and support. I most doubted my abilities on the last event of the final day, the legless rope climbs. A skill that is extremely physically challenging and not particularly one of my strengths. I wanted to back down, I wanted my other teammates to take the burden, but I knew in order to grow I had to step up, accept this trial and overcome it with him. As I stepped on the floor I felt calm, I knew God had a plan and that he was with me. When I completed the event, I ran into my teammates arms and was immediately overwhelmed with love, happiness, and a feeling of success. 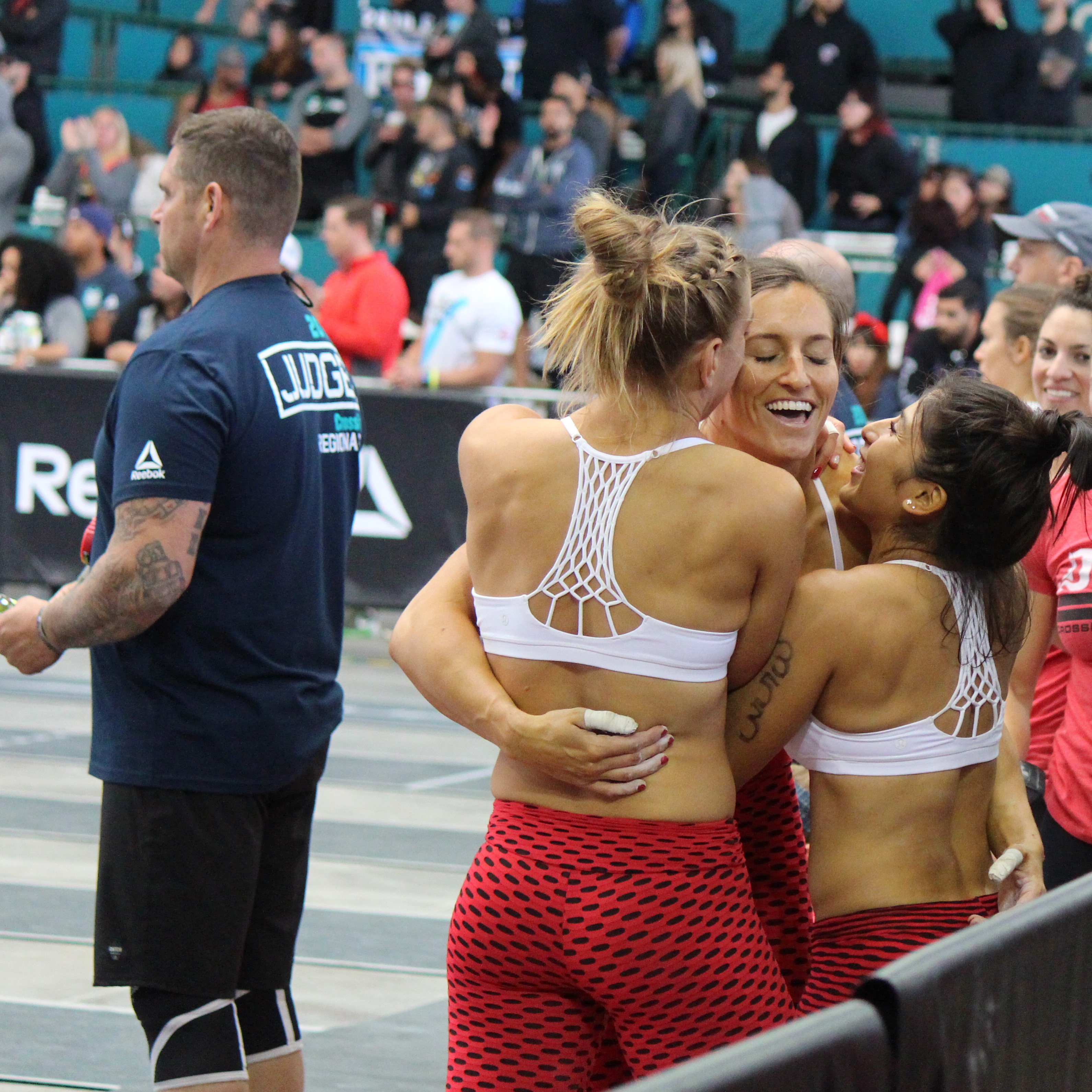 Below are some unforgettable moments from Regionals!